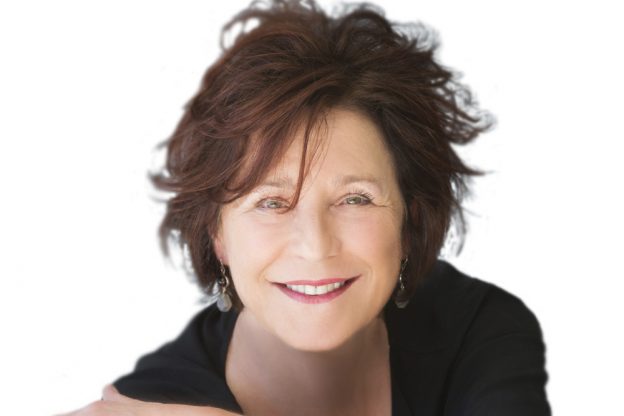 Veteran VFX producer Joyce Cox has a long and impressive list of credits to her name. She got her start producing effects shots for Titanic and from there went on to produce VFX for Harry Potter and the Sorcerer’s Stone, The Dark Knight, Avatar and Disney’s Jungle Book, among many others. Along the way, Cox perfected her process for budgeting VFX for films and became a go-to resource for many major studios. She realized that the practice of budgeting VFX could be done more efficiently if there was a standardized way to track all of the moving parts in the life cycle of a project’s VFX costs.

With a background in the finance industry, combined with extensive VFX production experience, she decided to apply her process and best practices into developing a solution for other filmmakers. That has evolved into a new web-based app called CURÓ, which targets visual effects budgeting from script to screen.

We reached out to find out more about her VFX producer background and her path to becoming  the maker of a product designed to make other VFX pros’ lives easier.

You got your big break in visual effects working on the film Titanic. Did you know that it would become such an iconic landmark film for this business while you were in the throes of production?
I recall thinking the rough cut I saw in the early stage was something special, but had no idea it would be such a massive success.

Were there contacts made on that film that helped kickstart your career in visual effects?
Absolutely. It was my introduction into the visual effects community and offered me opportunities to learn the landscape of digital production and develop relationships with many talented, inventive people. Many of them I continued to work with throughout my career as a VFX producer. 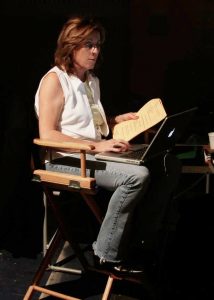 Did you face any challenges as a woman working in below-the-line production in those early days of digital VFX?
It is a bit tricky. Visual effects is still a primarily male dominated arena, and it is a highly competitive environment. I think what helped me navigate the waters is my approach. My focus is always on what is best for the movie.

Was there anyone from those days that you would consider a professional mentor?
Yes. I credit Richard Hollander, a gifted VFX supervisor/producer with exposing me to the technology and methodologies of visual effects; how to conceptualize a VFX project and understand all the moving parts. I worked with Richard on several projects producing the visual effects within digital facilities. Those experiences served me well when I moved to working on the production side, navigating the balance between the creative agenda, the approved studio budgets and the facility resources available.

You’ve worked as a VFX producer on some of the most notable studio effects films of all time, including X-Men 2, The Dark Night, Avatar and The Jungle Book. Was there a secret to your success or are you just really good at landing top gigs?
I’d say my skills lie more in doing the work than finding the work. I believe I continued to be offered great opportunities because those I’d worked for before understood that I facilitated their goals of making a great movie. And that I remain calm while managing the natural conflicts that arise between creative desire and financial reality.

Describe what a VFX producer does exactly on a film, and what the biggest challenges are of the job.
This is a tough question. During pre-production, working with the director, VFX supervisor and other department heads, the VFX producer breaks down the movie into the digital assets, i.e., creatures, environments, matte paintings, etc., that need to be created, estimate how many visual effects shots are needed to achieve the creative goals as well as the VFX production crew required to support the project. Since no one knows exactly what will be needed until the movie is shot and edited, it is all theory.

Starting in production and going through post, the focus is on getting the shots turned over to digital facilities to begin work. This is challenging in that creative or financial changes can delay moving forward with digital production, compressing the window of time within which to complete all the work for release. Once everything is turned over that focus switches to getting all the shots completed and delivered for the final assembly.

What film did you see that made you want to work in visual effects?
Truthfully, I did not have my sights set on visual effects. I’ve always had a keen interest in movies and wanted to produce them. It was really just a series of unplanned events, and I suppose my skills at managing highly complex processes drew me further into the world of visual effects.

Did having a background in finance help in any particular way when you transitioned into VFX?
Yes, before I entered into production, I spent a few years working in the finance industry. That experience has been quite helpful and perhaps is something that gave me a bit of a leg up in understanding the finances of filmmaking and the ability to keep track of highly volatile budgets. 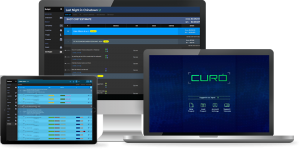 You pulled out of active production in 2016 to focus on a new company, tell me about Curó.
Because of my background in finance and accounting, one of the first things I noticed when I began working in visual effects was, unlike production and post, the lack of any unified system for budgeting and managing the finances of the process.  So, I built an elaborate system of worksheets in Excel that I refined over the years. This design and process served as the basis for CURÓ’s development.

To this day the entire visual effects community manages the finances, which can be tens, if not hundreds, of millions in spend with spreadsheets. Add to that the fact that everyone’s document designs are different, which makes the job of collaborating, interpreting and managing facility bids unwieldy to say the least.

Why do you think the industry needs CURÓ, and why is now the right time?
Visual effects is the fastest growing segment of the film industry, demonstrated in the screen credits of VFX-heavy films. The majority of studio projects are these tent-pole films, which heavily use visual effects. The volatility of visual effects finances can be managed more efficiently with Curó and the language of VFX financial management across the industry would benefit greatly from a unified system.

Who’s been using CURÓ, and what’s in store for the future?
We’ve had a variety of users over the past year. In addition to shows like “The Mandalorian”, “American Gods”, and the new release “Dune”, companies include WETA, DISNEY and Netflix, and a number of freelance VFX producers and supervisors as well as other VFX facilities have access.

The first phase of the CURÓ release focuses on the VFX producers and studio VFX departments, providing tools for initial breakdown and budgeting of digital and overhead production costs.  Our BidMaker addition is scheduled for April of 2020, and we have been working with visual effects facilities developing a separate but connected module for their internal granular bidding of human and technical resources for release in summer of 2020.

“Joyce has a deep understanding of both the creative and production perspectives of effects filmmaking. The clarity she brings to the visual effects world helps mitigate the inherent confusion people often feel when first exposed to its complexity. She’s one of the best in the business and I’m very excited to see what the next chapter in her career brings.”

"The rapid growth in visual effects has outpaced the industry’s ability to implement a uniform system to manage the complex and ever-changing finances of a visual effects project. Joyce Cox is the perfect person to design an application to close that gap. Joyce truly understands the ins and outs of VFX production, and her bidding and financial management process is solid and predictable having been production proven on many major studio feature films."

“I’ve had the pleasure of working with Ms. Cox for over 2 decades. Joyce has always maintained the highest degree of professionalism and her incredible track record of success proves it. Her intuitive ability to assess and solve intricate problems, along with an uncanny ability to build and manage teams are only small parts to what has driven her to the top of her field.”

“Joyce Cox is the finest visual effects producer I have ever worked with. Smart, aware, creative, and a real grown-up. Nothing that she encounters is beyond her producing skills, and no day passes without some humor. This is a great combination when the chips are down. She can be counted on to deliver the goods.”

"CURÓ is a fantastic tool to help manage and track VFX projects. Constructing a budget and implementing changes is a breeze - a huge time saver and enjoyable to use. The cleverly designed and robust interface provides focus and attention to detail whilst remaining flexible, allowing me to work through a script in large strokes and refine the budget just the way I want to.”

"The idea that there will finally be a software program to help the VFX producing process more efficiently track the breakdown and budgeting in a more unified way is such a sense of relief! We have been waiting so long for an effective VFX budgeting tool and thank goodness we have a master like Joyce at the helm of this application!"

CURÓ BidMaker - Create Custom Bid Packages for your vendors. April 8, 2020 - Hollywood, California Now that your breakdown & preliminary budget are complete, how do you create and track all your vendor bids?  … END_OF_DOCUMENT_TOKEN_TO_BE_REPLACED

Understandably, it is difficult to manage the finances of this highly complex process.  CURÓ has been designed to aid VFX producers, studios and VFX facilities in meeting this challenge.